Story Behind the Story #18:
Wolf Rider

Some­times things hap­pen to a writer which allows him or her to write a tale using the inci­dent as the basis for a sto­ry. The ori­gin of Wolf Rid­er was just such a true inci­dent, and it was quite horrific.

I had just moved into a new apart­ment. I had just installed a new phone (this was before cell phones.) I am not even sure I had received a phone call as yet. Nonethe­less the phone rang. 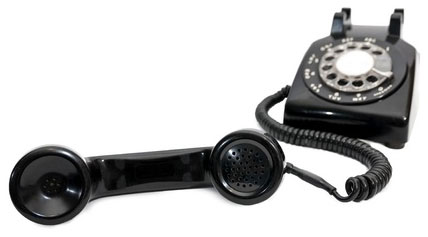 I picked it up and a man’s voice informed me he had just killed his girl­friend. He said, “Do you mind if I talk about it?”

The man had named and described his “girl­friend.” I imme­di­ate­ly called the police. “Don’t wor­ry,” I was told. “It’s a full moon, Fri­day night and wel­fare checks are just out. For­get it.”

Those lines are in the book. I did­n’t make them up.

I checked in the phone book, and there was the name of the per­son who had been—so I was told—murdered. I called. She answered. She was a pro­ba­tion offi­cer, and the descrip­tion the “voice” had giv­en me was accurate.

She was quite con­cerned. I gave her my name, phone, etc.

It was all deeply trou­bling. Who was the caller? Why had he called me? Was it a coin­ci­dence? What hap­pened after I gave the police such infor­ma­tion as I learned?

A cou­ple of weeks went by. The police nev­er called me back.

I spoke to a reporter friend of mine, a guy who spe­cial­ized in crime report­ing. “I’m going to call that woman again, and get some answers,” I told him.

“Don’t,” he advised. “The police will think you made up the whole thing as a way to meet the woman.”

I took his advice. I left it all alone. I learned noth­ing more.

Still, it trou­bled me greatly. 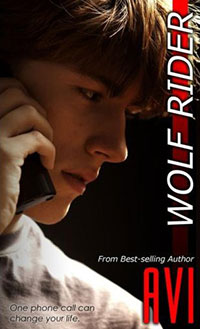 Six months lat­er, one of my sons said to me, “Dad, I’m sick of you talk­ing about that phone call. Go write a book about it.”

That’s exact­ly what I did. It’s called Wolf Rid­er. After the first few pages it’s all my inven­tion, which I wrote to give myself some closure.

I used to have a stand­ing bet. It went like this: “Pick up that book and read the first few pages. I bet you can’t stop reading.”