Story Behind the Story #62:
Catch You Later, Traitor 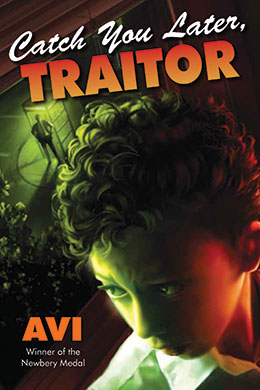 It was the hard­est book I ever wrote.

Mind, it was not the writ­ing as such.  It was because I was revis­it­ing a world I recalled as full of fear, con­fu­sion, and danger.

I was four­teen years of age in 1951. Liv­ing in New York City (in Brook­lyn) with my sol­id fam­i­ly. But this was the time of Sen­a­tor Joe McCarthy, relent­less anti-Com­mu­nism, the Kore­an War, a con­stant fear of nuclear war, a time when you had to be care­ful what you said, and also care­ful about what you heard.

Indeed, the work­ing title of the book was Sea­son of Sus­pi­cion.

This was also the time when NYC had three base­ball teams, the Brook­lyn Dodgers, their arch-rivals the New York Giants and the New York Yan­kees.  To live in Brook­lyn meant you were a Dodger fan. An Oblig­a­tion. A require­ment. But 1951 was the time of my first major teen-rebel­lion. I became a Giant fan. Indeed the “Trai­tor,” in the title, Catch You Lat­er, Trai­tor, is what Pete Col­li­son is called (by best friend Kat) because of his change of base­ball alle­giance.  And while the book is, in part, about that, it’s most­ly about how Pete goes about try­ing to find the polit­i­cal truth about his parents—are they Reds? 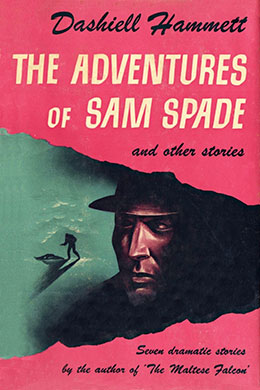 In the day—the 1950’s—I was taught that these sub­jects were not for pub­lic chat­ter. Taboo. Yet there I was writ­ing a very pub­lic nov­el about all of this. Even though the sto­ry is a work of fiction—and Pete’s fam­i­ly was not my family—it all became very real to me, and there­fore painful to write. As I have men­tioned else­where, Paula Fox’s notion that “the writer’s job is to imag­ine the truth” did­n’t apply here. I just remem­bered what those days were like.

The major aspect of the book that is based on some­thing that did hap­pen to me is that I worked for a blind man, whose name was Mr. Smith. My job was to vis­it him twice a week and read the news­pa­per to him. He also had a small cof­fee import busi­ness and I deliv­ered that cof­fee. I learned about the job, and secured it because I was a Boy Scout, and such jobs were, from time to time, posted.

That said, my rela­tion­ship with Mr. Smith was noth­ing like the rela­tion­ship Pete had (in the book) with blind Mr. Ord­son. But the metaphor of a blind per­son being Pete’s con­fi­dant, advi­sor, and friend, in this great time of cri­sis, was impos­si­ble to resist.

Of course, 1951 was a great time to become a Giants fan. That was the year the Giants came from four­teen games behind to beat the Dodgers in the most famous (Bob­by Thomp­son home­run) play­off game ever played.

I will admit that the end­ing of the book is per­haps the most sat­is­fy­ing I have ever writ­ten. Because I remem­bered it.

2 thoughts on “Story Behind the Story #62: <br>Catch You Later, Traitor”