After half a year of work, I sent a new man­u­script to my edi­tor. It was far from being total­ly done, but it was a good start. More than that. I liked it. I was so con­fi­dent that—while wait­ing for her response—I began work­ing on anoth­er book that I had con­tract­ed to write.

After I sent the book in, I, as usu­al at that stage, read the draft to my wife. She made some good crit­i­cal com­ments but, on the whole, her response was pos­i­tive. Also, as per usu­al, I shared the book with a writer friend who, over the years, has been a sin­gu­lar­ly insight­ful crit­ic. When she got back to me, her com­ments were also pos­i­tive. Her crit­i­cal remarks made sense.

In short, I was feel­ing good about my work and had the rea­son­able hope that once my edi­tor got back to me with her sug­ges­tions, I could fin­ish the book in decent time.

But when the edi­tor did get in touch with me, she was not hap­py with the book. I long, long edi­to­r­i­al let­ter start­ed off (briefly) with the book’s strength but spent far more time telling me about the weak­ness­es of my work.

I con­fess I was com­plete­ly surprised. 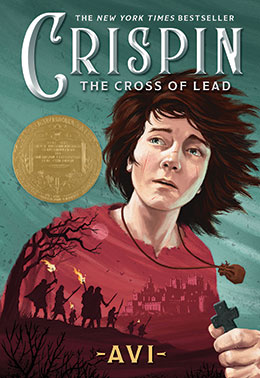 There are all kinds of ways to respond to this kind of sit­u­a­tion. You can throw up your hands, and then throw away the book. You can offer the book else­where because, after all, edi­tors are not infal­li­ble. Books that I have writ­ten that were not accept­ed by edi­tor A, have done quite well with edi­tor B. My New­bery book, Crispin, was dropped by one edi­tor but picked up by anoth­er. The num­ber of times A Wrin­kle in Time was reject­ed is legendary.

But if you respect your edi­tor, you owe that per­son and your­self a time for deep reflec­tion and care­ful judg­ment. I do allow myself a bit of sulk (twen­ty-four hours is gen­er­al­ly suf­fi­cient), but then I reread that rejec­tion let­ter many, many times, and beyond all else, think, think, think.

In the end, I had to acknowl­edge that my edi­tor was right.

What to do? Time to rewrite.

It’s easy to say that. How­ev­er, to take a book you have writ­ten, and liked, and then turn it into some­thing else, is dif­fi­cult, to say the least. I need to spend a lot of time think­ing, and rewrit­ing the book in my head, not on paper. What I try to do is iden­ti­fy the key moment in what I had written—in which the book took a wrong direc­tion, and then piv­ot toward a new direction.

It’s a slow process. Bit by bit things change. Most impor­tant­ly, bit by bit my grasp of my sto­ry changes, my under­stand­ing of the char­ac­ters change, the whole book shifts.

That has been done. Now I will read it to my wife … I will give it to my writer friend … I will send it to my edi­tor and then … wait and see her reac­tion. Will she say, “Per­fect. Done!”  No. But hope­ful­ly, she’ll say. “Bet­ter. And here are my thoughts …”

Is there a moral in all this? Praise is not always the writer’s best friend. Humil­i­ty in the face of crit­i­cism is one of the best things a writer can have.

6 thoughts on “Work in process”

Where I get my ideas

There is no one way to write