Story Behind the Story #1 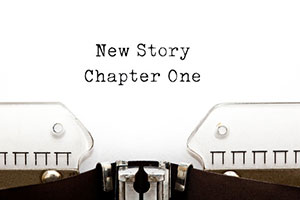 In the late six­ties, I was try­ing to be a writer. The best of my achieve­ments was that I did have an agent. But I was also doing many oth­er things. Among such things was a car­toon­ist; not as an artist, but a doo­dler. So it was that I doo­dled a bunch of humor­ous note cards (which were pub­lished) at a time when such was some­what unusual.

A friend of mine announced she want­ed to write a book for kids, and would I illus­trate it. Her work was some kind of non-fic­tion, for which my art was, in fact, com­plete­ly inap­pro­pri­ate. Regard­less, I said, “I’m not an artist, but if you want to show what I do along with your idea, go ahead.”

My friend took her work (and mine) to a pub­lish­er and showed off her idea. The edi­tor said, “I’m not inter­est­ed in your book, but have the illus­tra­tor call me. I like his work.”

“I’d love you to illus­trate a book.”

“Well then, write a book, illus­trate it, and send it to me.”

I put togeth­er a col­lec­tion of short tales I had made up for my eldest son, Shaun, then three. I illus­trat­ed them and sent them in.

She called, “You’re cor­rect. You’re not an illus­tra­tor, but I like your book. I’d like to pub­lish it.”

We made a date to meet in two weeks.

Day before the meet­ing, she called. “I just got fired,” she said. “Sor­ry. Good luck with your book.”

My agent took the man­u­script and after, I think, sev­en rejec­tions, it sold to Doubleday. 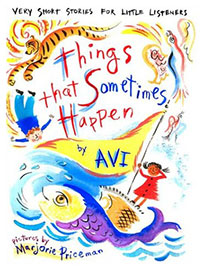 Its pub­lish­ing his­to­ry was awk­ward. Three edi­tors. One retired. One got anoth­er job. Third one did the best she could.

The book was pub­lished in 1970.
It received pret­ty bad reviews.

In 2002, the book was picked up by anoth­er pub­lish­er, slight­ly rewrit­ten, and had new illustrations.

It is one of those Things That Some­times Hap­pen, which is the title of the book.

6 thoughts on “Story Behind the Story #1”