Story Behind the Story #25: The Blue Heron 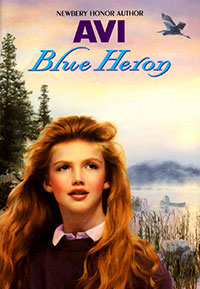 There was a time in the 70’s and 80’s when it was fash­ion­able (if that’s the right word) to be part of groups, men’s group’s, wom­en’s groups. An out­growth of the fem­i­nist move­ment, the func­tion of these groups was sim­ply to talk about one’s life expe­ri­ence. One shared, one lis­tened, and you came—the hope was—to know a big­ger world. Some­times these groups con­sist­ed of friends. Some­times they were per­fect strangers.

I was part of such a group—strangers. They were all men, more or less my own age, shar­ing if you will, their inner lives, try­ing to  solve life’s problems.

I was there to share my unhap­pi­ness over a recent divorce.

A young man was there because he grew up in an alco­holic fam­i­ly. He trust­ed no one.

There was the man who was intense­ly jeal­ous of his son’s young wife.

I found it fascinating. 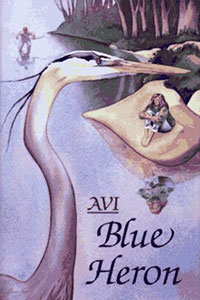 The one whom I found most inter­est­ing was a mid­dle-aged man, who had done, by soci­ety’s tra­di­tion­al stan­dards, every­thing right. A duti­ful son. A good stu­dent. A busi­ness­man with a good rep­u­ta­tion, who rose steadi­ly in the ranks. Church going and sup­port­ing. Mar­ried well. Cared for his wife. Cared for his chil­dren. Had become a vice-pres­i­dent in a big busi­ness. Then the busi­ness was sold to a big­ger busi­ness and he was sum­mar­i­ly fired. That caused his fam­i­ly to turn against him, blam­ing him for what had hap­pened. He was bewil­dered. He had fol­lowed all the rules, and he had failed. Depressed, he was liv­ing in the base­ment of the church. When I met him in this group, he was try­ing to find his way to men­tal health.

While this hard­ly seems the stuff for a chil­dren’s nov­el, it’s all key to Blue Heron. For this is a sto­ry about thir­teen-year-old Mag­gie, who has a father such as I describe above—and she is try­ing to under­stand him, his new life, and his new wife. She has come for her annu­al vis­it. Mag­gie is a believ­er in mag­ic. But “Mag­ic was not to change things, No, mag­ic was a way of keep­ing things the way they were.” Mag­gie’s mag­ic totem is a soli­tary blue heron who lives in the near­by marsh.

Two things occur dur­ing Mag­gie’s vis­it. Her father is chang­ing a great deal, and not for the bet­ter. And someone—a boy—is try­ing to kill the blue heron.

Odd mix for a book, but one of my own favorites.